We aim to bring affordable computing to everyone whether it is a new PC or refurbished laptop or the repair of a device. We offer advice, help and repairs on most devices.

Established since 2010 and now located in our own shop in Broad Street, Kirkwall we offer all types of computer repairs for desktop, laptops, including Apple computers. 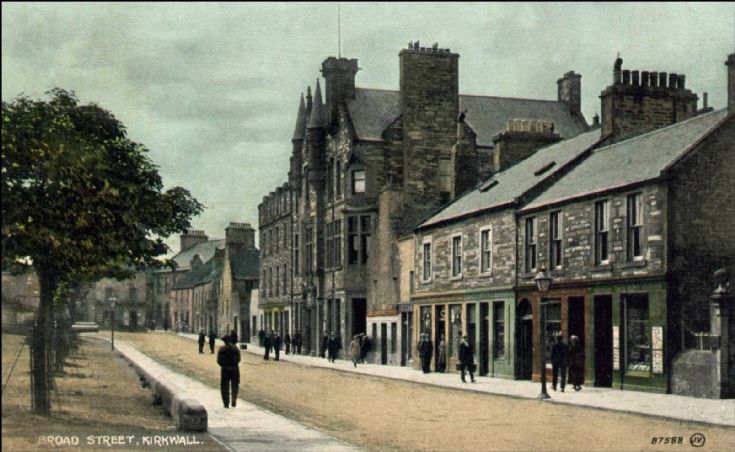 These premises were originally part of Tankerness House which was the town house of James Baikie of Tankerness.
In approximiately 1851 George Bain, the founder of the local paint firm, was working at Dunrobin Castle. He was informed that his next job was to be at Balfour Castle on Shapinsay.
As a highly skilled tradesman this proved to be no problem to him and some of his work can still be seen there today, over 160 years later.
In 1853 he married Isabella Tait from Sanday and in 1854 he set up his business in Victoria Street in a small timber shed on an elevated landing in a lane between what is now S. Omand’s office and the Victoria Street Hall. By careful and prudent management he soon progressed to larger premises on Broad Street to the area designated as the coach house and stables.

Time passed and hew as joined in the firm by his sons George Duncan Bain, 1861 – 1934, and Alexander Sinclair Bain, 1871 – 1942. By this time the front part of the property on Broad Street was being run as a milliners shop by his twin daughters Elizabeth and Isabella, 1855 – 1940/1947 respectively. Eventually the coach house up to Broad Street, was acquired by the firm. George Bain (1) died in 1894. George Duncan Bain, his son married Barbara Garden, 1878 – 1934, daughter of Robert Garden the merchant of R. Garden Ltd, and along with his brother, Alexander Bain, they continued to carry on the business. Eventually Duncan Bain, 1901 – 1987, son of George and Barbara, came into the business. He married Evelyn Groundwater, 1907 – 1995, in 1931 and their daughter Jean Evelyn Bain was born in 1938. Jean married Peter James McKinlay in 1961, and they now run the firm assisted by two of their children Fiona and Peter thus making it still a family business of the fifth generation.

Over the generations the property has undergone extensive alterations. According to Peace’s Almanac of 1898 the rent for the stables and coach house in the Tankerness Estate Rent Ledger (Orkney Library) was Five Pounds and Ten Shillings per half year paid at Whitsunday and Martinmas.

From the diagram you can see the stables, which had a small door to the rear through which the soil from the stables was deposited into the Tankerness House Garden. The horses exited by the door opposite, walked up the cobbled lane and subsequently hitched on to the gig from the coach house, now the kitchen area, and then up the lane to Broad Street.

In 1951 Duncan Bain completed the purchase of the site and in 1953 the premises were completely renovated by adding a new frontage and a first floor in time for the firm’s centenary in 1954. This was followed by the purchase of what was known as the Cosy Cafe on the other side of the close in the mid 1960’s with the further extension of the premisses in 1967 to one large retail and trade business.

Eventually in 1999 it was decided to move to what was the painters workshop in Great Western Road, splitting up the Broad Street premises into two ground floor units and two first floor flats as you see it today. 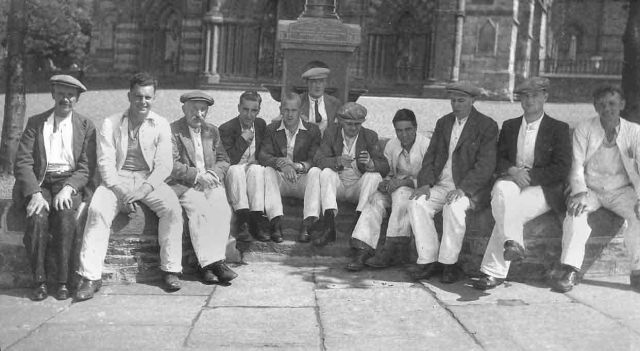 Give us a call or fill in the form below and we will contact you. We endeavor to answer all inquiries within 24 hours on business days.
01856 870354
INFO@ORKNEYTECH.CO.UK

This site uses cookies to deliver its services and to analyse traffic.  Learn more | Dismiss